Skip to content
Previous Next
Obelisk the Tormentor Infinite Strength, How Strong is This Card?

Obelisk the Tormentor Infinite Strength, How Strong is This Card in the Show Yugioh?

In this blog post, we take a break from Finance and TV show reviews and write a random, creative, blind risk blog post about Obelisk the Tormentor and how we can get him up to infinite attack points in the show and the trading card game of Yugioh Duel Monsters. In this post, we’ll look at the Obelisk the Tormentor Infinite Strength online reviews, and will discuss if it is possible in reality to get Obelisk up to infinite attack points, just like it is in the TV show Yugioh duel monsters, where it is one of the strongest monsters in the game there. To be bluntly honest with the reason for me writing this blog post, it is very hard to rank in the Finance niche, and I am exploring kind of a mixed topic blog, I’ve already got finance, accounting, tv show reviews, character reviews, wealth management, a few Yugioh blog posts, and a host of other random topics, and so far so good. Will post back how the traffic is going based on what posts I end up writing, for right now, it looks like so far so good, I am currently getting around 25-40 visitors per day for about 1000 visitors per month, which for a Financial Niche blog is pretty good. I figure I’m somewhere around $10 per month if I put affiliate links on the site, which its actually not worth it to do since the tax software for self employment filing costs $90 per year, which is all of my revenue, but I digress. Onto how to get Obelisk to Infinite attack points in the game of Yugioh.

Other popular cards in the game of Yugioh include the following: 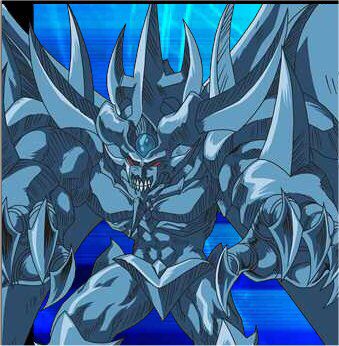 The Winged Dragon of Ra

And a host of other cards, read on to learn how to get Obelisk the Tormentor to Infinite Attack Points.

Obelisk the Tormentor Infinite Strength Powers, How to Get Obelisk to Infinity in the Show


So, in the show, you basically can get Obelisk the Tormentor to infinite strength fairly easily, and is has been a cool selling point in a few episodes so far within the series. Typically what will happen in the show will be that Yugi Moto or Seto Kaiba will have Obelisk in their decks and will be getting absolutely demolished in a duel. From here, they will pull out some way to get five monsters on the field, 3 to sacrifice for Obelisk the Tormentor, and another two to sacrifice to Obelisk to get him up to infinite strength. From here, they’ll get him up to Infinite Attack points, attack their opponent directly, drain their life points down to zero, and that’s pretty much the game. It’s cool to watch in the show, but unfortunately this is not the way that it works in the tournament rule book. In reality, Obelisk is in fact immune to trap cards, and you can attack your opponent directly once and hit him with 4,000 life points worth of damage, which is extremely strong but not impossible to beat (life point counter decks like Noah has, or simple trap cards like Nutrient Z that don’t work directly against Obelisk but that increase your life points.) From here, you can see the issues, getting 3 cards on the field is difficult enough, and drawing just one card is pretty difficult.

So, in the actual tournament rule book, like if you were actually to compete in a Yugioh tournament, what you can do is have Obelisk sacrifice two monsters to destroy all monsters on your opponents side of the field, but with 0 life point damage made to your opponent. Obelisk is also not able to be destroyed by magic, trap or monster effect cards, so something like you attacking for awhile or hitting Obelisk with some power ups to dessimate your opponent can definitely work wonders should you be able to get this card out onto the field.

Final Thoughts on My Obelisk The Tormentor Infinite Strength Review, How to Power Up Obelisk?

And so, in the show, it is a really cool effect that Obelisk has here, but in reality, everyone and their mother in a tournament setting would have this card in their deck if there was ever a way to get this thing up to infinite attack points. My personal advice on this card, even though it is technically no longer banned, it’s not worth it at all to continue playing with this card in your deck, move on to some other decks in order to win quickly. For more information, be sure to comment down below or subscribe for more information.