Skip to content
Previous Next
Carter Most Dangerous Game, My 4th Favorite Hunter in the Show

Carter Most Dangerous Game, One of My Least Favorite Characters on the Show

Carter is definitely one of my least favorite hunters on the show, and he comes in 4th place among the 5 hunters in terms of likeability. He was a very good hunter though, that much I will give him, and the way he trapped Dodge in the church and deceived him into believing he was a Nigerian Priest when he was really one of the hunters, was unforgiving, ruthless, and genius (he does have a masters in psychology and behavioral studies.) With all this in mind, enjoy my Carter Most Dangerous game review, and for regular character analysis, finance and accounting updates, be sure to comment down below or subscribe to our blog for regular blog post updates!

Among the characters in the show Most Dangerous Game on Quibi include the following: 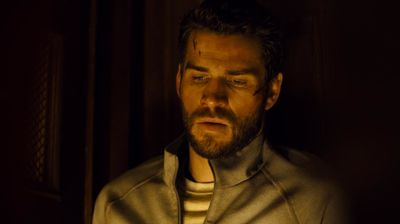 Lyndon B Johnson (Known as LBJ)

And a host of other side supporting characters, what did you think of the show Most Dangerous game on Quibi? Comment and let us know!

My Take on the Carter Most Dangerous Game Character

I really did not like his personality though, or the way he manipulated Dodge and got into his head, both during confession, in the church, in when he was chasing him in the car. My take on this character is that I was glad to see him be in the show but also glad to see him leave the show (when Dodge takes him out). He also did not really interact with the other hunters much, although he came very close to winning the game in just the third hour of playing. Overall, he was a very interesting character, and he added some real depth and a REALLY good scene in the church to the show. In the scene, he pretty much has Dodge pinned, and is about to basically take him out with, as he says “My fathers twenty ounce steel shaft rip claw.” Dodge however manages to block most of his strikes, and lock Carter in a room within the church, immobilizing him and making it so he can escape the church, but not before getting a giant wound in his leg from the back of the hammer, a really cool and adrenaline rushing scene indeed!

Final Thoughts on The Carter Most Dangerous Game Character, and Why He Brings a Lot of Suspense to the Show

Carter from the most dangerous game was definitely a very interesting character, and while he only makes it to about the 10th hour of the game, he definitely does a really good job in his support role as a hunter within the show. I really cannot wait for Season 2 of Most Dangerous game to come out, and can’t wait to see which familiar face hunters return, and which of them don’t!