Senator Morra, and Why he is my favorite Character from Limitless

The following blog posts will look into the character Senator Morra, from the movie and the TV show limitless, and we’re going to detail as to why he’s my favorite character in the show, and why he exerts an hour of power and money extremely well. This is typically a little off topic from some of the stuff that we talked about this blog, I typically try to keep it finance and banking related, however given the amount of power that his character in the show has, I decided to say the heck with it, and write a blog post about it. Hope you guys enjoy the blog post, be sure to subscribe to her blog for more details and information and all things finance, financials, financial literacy, and all things money, and stay tune for regular updates on my new book comes out this summer.

Who is Senator Morra, and why he’s extremely powerful?

So if you haven’t seen the movie or the TV show limitless, Senator Morra is an iconic TV show villain, that centers around Eddie Maura, from the original movie limitless. The 2011 film skyrocketed the brain supplement industry, and lead to a sequel spinoff show, that aired in early 2016. The show discussed how a pill, known as NZT 48, gave users extremely heightened intelligence, awareness, energy, and overall brain power. I included this topic on my finance blog, because the main character, and the now senator, gets heavy into the finance game in the original plot of the movie limitless.

After he gets his first crack at the limitless pill, Edward Morra  find a way to make $2 million a day trading in the stock market, using a leveraged strategy, that gets the job done in 10 days. In the movie, it is even mentioned in a quote, when someone says“ from 12,000 to 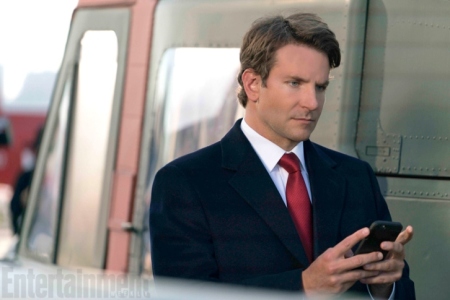 2.3 million in 10 days“ While at a business dinner. From here, he gets a job offer as an associate, to help with the merger, between two hot shot oil executives, Carl Van Loon, and Hank Atwood. The movie goes on discussed whole eventually lead him $40 million, the rest of the film talks about how he makes NCT, gets off of it, fights off Saugus, and a host of other issues, but I thought the finance aspect of the film was very interesting, and relevant to the movie.

What Limitless Gets Right

In taking a look with the movie limitless gets right, it becomes quickly of parents that the movie gets what the trading desk looks like, as well as the demeanor and attitude so some of the highest guys in finance act like. It also gets the reactions from Wall Street pretty spot on, and that if someone did find a way to make 500 times or money over 10 days, it all likely would become public information pretty quickly. Now whether or not that would get this person and immediate job, with a hedge fund billionaire like Ray Dalia is another story entirely, however the behaviors in the movie are depicted in a relatively even matter.

What Limitless Gets Wrong

Limitless gets plenty of things wrong, but I’ll focus purely on the financial aspects of it. The main financial thing that limitless gets wrong, is that without an incredible amount of luck and risk, either that or inside information, some would never be able to take $12,000, and turn it into $2.3 million over 10 days. The simple truth of the matter is, daytrading does not work 99.9% of the time, and the only way that this fictional character could’ve done what he did, was for the use of highly leveraged, highly risky put options and call options, which likely would not of worked in a 10 day timeframe. The movie has a cool premise overall, but the financial aspects of the movie are just that, pure fiction.