The following blog post will look into the character Hall from billions, whose full name is I don’t believe is something that is ever disclosed within the show, so for now we’ll just refer to him as Hall. I really like Hall as a character overall in that he is very straightforward, he is fearless, and he is tough, and while he is one strange human being, he is definitely not someone you would want to mess with, but is definitely someone that I would hire, if I was ever a ruthless Billionaire like Bobby Axelrod that is. For more information on Hall, all things Finance, and all the characters behind the show Billions, be sure to comment down below and subscribe to our blog for additional details and information.

Some of my other favorite characters on the show include: 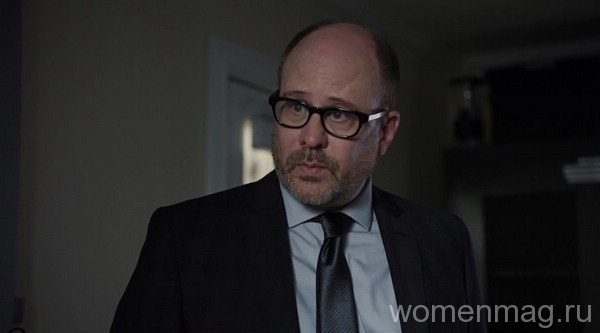 And just about every single other character on the show billions that you could think of, it does a great job representing finance as a whole and I have really learned some decent financial concepts from watching billions.

The Psychological Profile from the Character Hall of Billions

In breaking him down and looking at his psychological profile, I’ll use a Jordan Peterson-like, Big 5 Personality Model Breakdown, identifying where he lies on the spectrum of each, including Conscientiousness, IQ, Agreeableness, Openness, Extroversion, and Neuroticism. As a general summary, he is very high in conscientiousness, has a moderately high IQ somewhere in the range of 125+ (not Bobby Axelrod’s or Taylor Mason’s IQ but still), is very low in agreeableness, and is very low in extroversion, being a very antisocial introvert. With this being said, he has semi-functional social skills when needed, given his line of work, and is also very low in neuroticism, which allows him to blackmail people and lead the type of career that he does, in fact for his line of work, Hall is the perfect man for the job, here’s the breakdown of his character.

Conscientiousness 68 Percentile – I somehow get the opinion that he is definitely not in the 95 to 99 percentile like Bobby Axelrod and Taylor Mason are, and that he is instead closer to hitting the 70th percentile mark. The reason I say this is that at one point he retired in order to relax in his cabin with his dog, and had to be pulled out of retirement by Bobby Axelrod. He also doesn’t look like he quite has that hyper focus that the other billionaires and people that make $100 million on the show do, and in fact he almost could be lazy and want some down time unlike the other characters who just want to fight and win battles over and over again. So, decently conscientiousness, and approaching the 70th percentile for our character.

IQ – 85th percentile – He likely has an IQ between the 120-125 range, or perhaps a little bit higher, which puts him right in between the 85th and 90th percentile. Again he definitely does not have the top 1-3% IQs that characters like Bobby Axelrod, Ben Kim, Taylor Mason and even probably Wendy and Chuck Rhaodes have, but he is definitely not stupid either.

Agreeableness – 15th percentile – He gives me the impression that he hates people, is not nice (although he is very professional in his alterations with other characters, namely his bosses) and that he is not a very friendly guy, which again translates very well to the line of work that he’s chosen. A very low 15th percentile for Hall from Billions.

Extroversion – 15th percentile – He strikes me as a hyper introvert that has had to struggle to develop his social skills. He is more one of those guys that wants to hang out in his cabin all day alone, than the type to be running around socializing with people all day, 15th percentile, putting him very low on the spectrum for Extroversion.

Neuroticism – 20th percentile – I almost put 0% for this since I have never seen him show even an ounce of fear or human emotion throughout the show, and therein lies the problem, he likely has some deeply rooted anxiety issues, which is why he is the way that he is regarding his agreeableness and his extroversion.

In short, the character Hall from the show billions has an incredibly unique psychological profile, and personally I feel that I identify with more of the extroverted characters on the show, he is definitely a strange character, but is a very useful employee, which is a trait that I admire regarding his discipline. What do you think of the character Hall from billions? Leave a comment down below and be sure to subscribe to our blog for additional details and information.