Skip to content
Previous Next
Dollar Bill Stern Billions, Why Dollar Bill is So Cheap

Dollar bill Stearn is one of the most popular characters in the show billions, and he has a lot of superstar moments within the show, where he really has a time to shine. Some of his most notable moments within the show, or where he shorts the four-point launch, of which the rocket explosion fails and he makes tens of millions of dollars. Where he is an interrogation room, and where he admits to his single wife, that he has a second family, just to piss off the United States attorney. One of his most notable moments, and probably his most notable moment of all within the show billions, is the one where he has a fake argument with Bobby Axelrod, in order to try and attack one of their enemies, by syncing their new hedge funds ship, before they even get off the ground. My favorite scene of all, is the one where he enters into Bobby Axelrod‘s office, as Bobby Axelrod is yelling at him. People think that they are actually upset with each other, and that they are on the outs, which Axelrod uses to his advantage, in order to make sure that his competition gets buried, while he and Bill are actually best friends just working behind the scenes, in order to when the game of finance. Overall, I really love the Dollar Bill Stern Billions story arc, so get ready to hear tons on the character of Dollar Bill Stern! The following blog post will look at my review of Dollar Bill Stearn from Billions, and why I think he is such a great character, for more information, subscribe to our blog for daily updates, or comment down below with your thoughts and opinions on the article, and we’ll get back to you within one business day with a response.

Other noteworthy moments of Bill Stern, or when he runs into chicken town, on an insider trading plot, in order to try and use deceitful information to make tens of millions of dollars on a trade, once again. He even goes as far as willing to infect a chicken farm, possibly 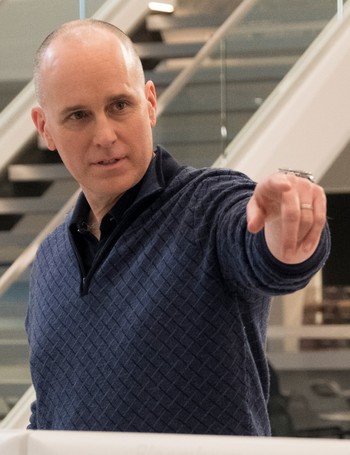 poisoning the food supply, in order to try to make a name for himself in the stock market. Overall, dollar bill Stern is one of my favorite characters in the show billions, and I highly recommend you watch the show, Although season five has been lagging a little bit, overall, the show is extremely good, and the first several seasons are some of the best that I have ever watched.

I especially like Dollar Bill Stearn’s character from the show Billions, in that he reminds me a lot of myself (aside from having the two families) in that he is notoriously cheap in his ways. He drives a minivan, he never spends any money on anything, stacks cash like there’s no tomorrow, and he lives in a modest house and wears cheap clothes. I would actually go FURTHER than this, in that I would not want to pay for a second minivan and would not want to pay for a second family, and would not want to undergo the liability of having two families, so I wouldn’t do any of that. Overall however, I think Bill Stern is a very cool and realistic character, and I like him a lot on the show.

Final Thoughts on The Dollar Bill Stern Billions Character, and Why I Generally Like His Story Arc

Dollar Bill Stern is one of the most realistic characters on the show regarding how someone in his position might behave. Wags is the second most realistic, with Bobby Axelrod, Chuck Rhodes, Wendy Rhodes and Taylor Mason all being basically perfect humans and mad with power. Bill Stern has something of an impostor syndrome complex, always thinking he’s not good enough to justify his own ways, and behaves something like how a normal man would given his type of job and family, he also gives into certain vices and fears just like a normal man would, whereas Axe and Chuck are more able to bend people to their will time and time again in an almost superhuman fashion. All in all, I really like the character arc here, be sure to check out Billions season 5 for loads more fun stuff about the show Billions, and comment down below with your thoughts and opinions and we’ll get back to you ASAP. Until next time, you heard it first right here at Inflation Hedging.com.