Skip to content
Previous Next
Ben Kim Billions, My Favorite Boy Genius on the Show

Contents hide
1 Ben Kim billions, My Favorite Boy Genius Character on the Entire Show
1.1 Why I like Ben Kim, the 25-year-old millionaire, with a great psychological profile
1.2 The Psychological Profile of Ben Kim from Billions
1.3 Final Thoughts on My Ben Kim Billions Review, and Why I Like the Character a Lot

Ben Kim, is definitely my favorite character on the show billions, As he has degrees from both Stanford and Wharton, is a self-proclaimed genius, and has generated a ton of Alpha, revenue and value for the firm ask capital. Benjamin Kim is by far and away my favorite character on the show, he has a quirky kind of boy genius attitude, that reminds me much of myself, and of which has led him quite a long way in his career. The following blog post will look at both how much money Ben Kim likely has from his salary in savings at X capital, as well as his entire personality profile, looking at his IQ, extroversion, conscientiousness, agreeableness, and neuroticism.

Why I like Ben Kim, the 25-year-old millionaire, with a great psychological profile

In first looking at how much money Ben Kim likely has, let’s look at a few assumptions from the show billions. It is likely assumed that Ben Kim has somewhere around $5 million to his net worth. It looks like the entry-level salary at the firm for an analyst is somewhere around $150,000, plus bonuses. There is also a commission based sales compensation, healthcare, and loads of other incentives for the ask capital of employees. Regarding his salary as we go through the show, Mr. Kim likely increased between years one and five, his $150,000 per your salary, to upwards of $400,000 per year. This along with bonuses, Which average upwards of $1 million per employee, especially for very high performers, allows Mr. Kim to have a ton of money to his net worth before the age of 30. Ben Kim definitely has at least $5 million to his name, as he received a $1 million bonus, helped X capital generate $500 million in gross profits in just one year, and has always been a significant value add to the form.

The Psychological Profile of Ben Kim from Billions

In looking at the Big 5 Personality Model, in a very Jordan Peterson Type way, of Ben Kim from billions, we can come to the following conclusions, when doing a full psychological analysis of IQ, Extroversion, Conscientiousness, Openness, Neuroticism and Agreeableness.

IQ – Starting with what is probably Ben Kim’s best and most valuable trait, Ben Kim is a freaking genius! Even his first scene of the show revolves around Bobby Axelrod kidding with him and asking him if he’s a genius, calling him “Stanford Wharton” as a nickname. He also does some really big trades that are worth in excess of $500,000,000.00 worth of profit, such as when he does the dance in the elevator after making the car rental company deal. I’d give him an IQ of 140, at the top 1% for IQ. 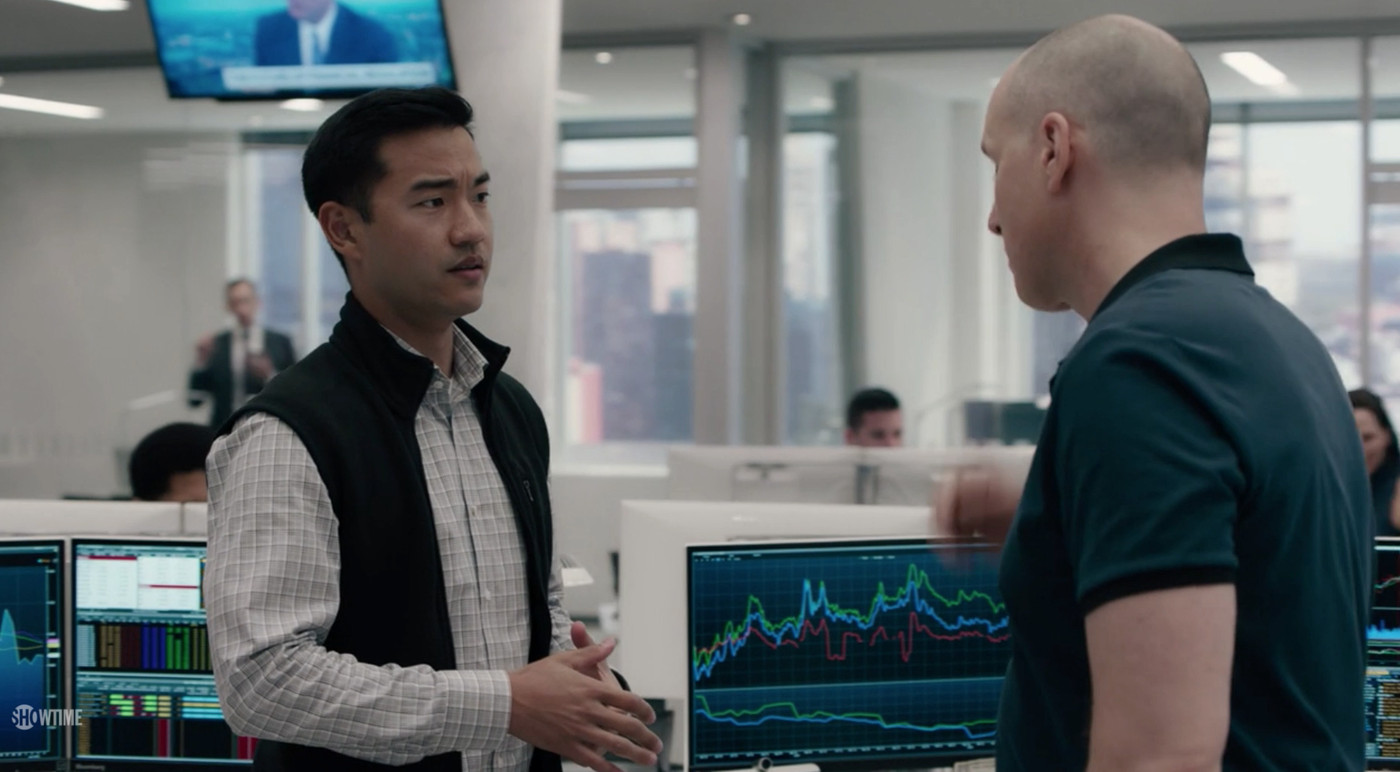 Agreeableness – Ben Kim is a really nice guy, and overall everyone seems to like him. He is also a little bit neurotic, but he is a very friendly person, and a borderline pushover. Agreeableness, I’d give him 60th percentile.

Neuroticism – As far as neuroticism goes, he is moderately high in neuroticism. I’d put him at the 48th percentile, as he is not so neurotic that he can’t have a conversation or that he like misses work or something, but he sometimes can’t be as straightforward as he would like to be in conversation.

Extroversion – 65th percentile, it is shown that Ben is always in conversation with someone, and while he is sometimes neurotic, he is friendly and comes across as a little bit of a people person.

Openness – Since openness is somewhat correlated with IQ, and given the fact that he is also a day trader, which is something of a very creative career field, I’d give him 58th percentile for openness. Day trading is still just conservative enough where he’s not an artist, which would increase his openness, and he doesn’t quite have the same appreciation for culture and things of that nature that Wendy Rhodes does, so I’d put him at the 58th percentile for openness.

Final Thoughts on My Ben Kim Billions Review, and Why I Like the Character a Lot

Overall, Ben Kim actually reminds me of myself as far as characters on the show go (as much as I’d like to compare myself to Bobby Axelrod, this is probably a lot closer to the truth). He has a very high IQ, and is kind’ve a friendly nice guy, I would love to see more character development from him in the future, as far as him getting involved in some of Axelrod’s plans, and as far as him getting more aggressive and taking on a bigger role within the show. Until next time, you heard it first at Inflation Hedging.com.