Skip to content
Previous Next
Taylor Mason Billions, A They, Theirs and Them With an IQ of 160

Taylor Mason Billions, A They, Theirs and Them With an IQ of 160, and Why She is a Genius Character on The Show

Throughout this Taylor Mason Billions review article, I am going to refer to them, being Taylor Mason, as she, in that it is just so much easier to use as a pronoun than saying either “Taylor,” or they over and over again, so for the sake of this blog post, she is a girl. If you can’t tell, I’m not one for gender identity politics, but luckily Andrew Ross Sorkin, the shows creator, is not either, and in fact they luckily keep the sexuality of this popular, ultra genius character to an absolute minimum on the show, with only a few small jabs about pronouns really coming up within the show, and with most of it being about her extreme brain power, and of how she conducts herself in a Machiavellian and powerful way, albeit often times she comes across as very robotic in doing so. And so, without further ado, lets take a look at Taylor Mason from the show Billions, her psychological profile as a person, and what I like and dislike about her character.

Using once again the Jordan Peterson Big 5 Personality Trait Analysis, here’s Taylor Mason’s Big 5 outlook, similar to how we’ve reviewed some prior characters from Billions in the past.

IQ/Openness – Lets dig into it! In terms of IQ, I would probably give Taylor Mason an IQ in the range of 150, with Axe probably being closer to like the 150 or 145 range, but with a lot more experience and more normal social skills than Taylor Mason has. Taylor, while being extremely high in IQ, and understanding and interested in parts of mathematics, science and physics, in ways that Axe is not, such as understanding what the Fibonacci sequence is, is also very high in openness. She is very open minded to new ideas, is curious, is interested in learning for its own sake rather than for power, at least in the beginning of the series (refer back to when she was holding an internship at a very high level hedge fund, and said that she was leaving in two weeks for grad school). She is also creative enough, in the fact that, rather than take the $20,000,000.00 that Axe was offering her for the bonus, stay at Axe capital, and become as rich as a feudal lord, she instead chose to plot a coup and start her own company, creative indeed. For my part, I would say she is at the 99.99999999% for IQ, and likely at the 80% for openness.

Agreeableness – I would actually put her more on the disagreeable scale, in that she definitely is not afraid to ask for what she wants, and she is very push when asking for things like a raise. In her final bonus meeting with Axelrod, she certainly has the Gonads to ask for $50,000,000.00, and she pushes Axe to his limits on many an occasion. Agreeableness, I’d give her a 50%.

Extroversion – Her social skills are not terrible, and they can absolutely be dangerous in certain situations, like when she is giving the 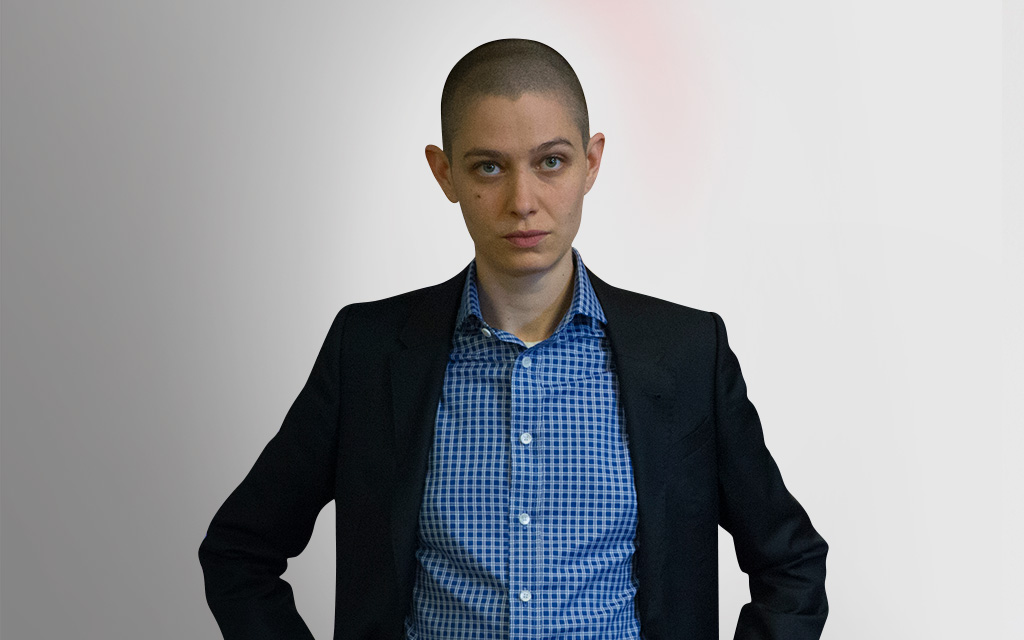 presentation of her funds to the fire fighters group, or when she needs to give a pitch in order to pander to Bobby Axelrod so that he will not see what she is really hiding. For the most part however, I would put her at closer to an introverted scale, as she does not really like talking to people, and you can tell by her interactions that it somewhat exhausts her. Extroversion, I would put her at 49%.

Conscientiousness – She is definitely very high on the scale for this, although she does not seem like she has underwent the same type of blue collar grit that someone like Bobby Axelrod has crafted over decades and decades of hard work in working class jobs. She has what I would call a high-class intelligence type of work ethic, and tends to lean on her IQ more than her grit, while Axelrod can do both. 80% for conscientiousness.

Neuroticism – She is definitely not fearless, and is often times plagued with anxiety, especially in situations that involve confrontation. She also has had the added neurotic twitch of her look, her pronouns, etc. I would say she is moderately high in neuroticism, and that this is probably the trait that holds her back the most. While Axelrod is probably closer to like the 20% or 15% level for this, Taylor is closer to like 45-50%. Nuff said.

Among some of my favorite scenes with Taylor Mason of billions, are her pitch to Grigor Andolov for when she closes him as a client, her talk with axe at the peer where he threatens her and she finally backs down, and her therapy session with Wendy. I also like the first time she meets Axe, and say “Hello, I’m Taylor. My pronouns are they, theirs and them.” As well as, my favorite of all time, when she has her angry bonus meeting with Axelrod. Overall, I really like Taylor from Billions, as her openness to new ideas is very refreshing, and is something that Axelrod can often times lack.

Final Thoughts on Taylor Mason Billions, One of My Love Hate Relationships on the Show

All in all, Taylor Mason is a really cool addition to the cast of Billions, and I absolutely cannot imagine the show without her. While she is certainly a character that I have been very irritated at times, she definitely spices up the show in certain scenes, and Billions is definitely just not the same without her presence, and she is definitely a main character and has been in every single episode of the show since her first appearance. What do you think about my Taylor Mason Billions review, or about Taylor Mason in general? Leave a comment down below, or like, share or tweet our post, and be sure to subscribe to our blog for more information, and for daily blog posts sent straight to your RSS feed. Till next time.