Skip to content
Previous Next
Captain Sinbad Review, My Review of the Channel

So, in my Captain Sinbad review, I am going to run through exactly why I think Captain Sinbad has a fantastic Youtube Channel, why I think it is going to be one of the best YouTube channels on the internet pretty soon, and especially in the self improvement niche. Nikhil, the owner of the channel, is extremely smart, and I have learned a lot from his channel, he does a really good job of making videos on things like consistency, the compounding effect, and of how to better yourself. For someone who started by making NOFAP videos, he really has come a long way and this is a tribute to the channel. Read on or subscribe to our blog for additional details and information.

Among the main topics covered on the channel include the following: 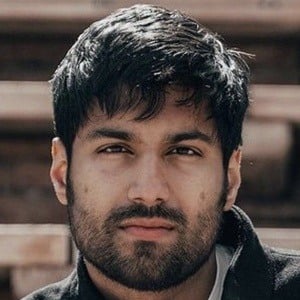 How to get into Flow State

How to focus for long periods

How to bolster your career

How to become a Developer Consultant

How to become a Youtuber

The Benefits of Compound Interest

And a host of other factors, read on or subscribe to our blog for additional details and information.

Captain Sinbad Review, What I’ve Gotten from His Youtube Channel

So, from his Youtube channel, I have actually learned an incredible amount and I have been a very dedicated viewer for some time now. Among the major things that I’ve learned, are how fast you can accomplish things, the benefits of learning multiple skills at a time, the benefits of the compound effect, and the benefits of Sexual Transmutaton or NoFAP. I have also learned about things like the mental benefits of working out, how you can master mental strength, what a dopamine detox is, and of the power of combining lesser combined skills, like acting and computer programming. Captain Sinbad, or his real name Nikhil, is really a very interesting and unique individual. He is a good programmer, but he is also a good actor and writer, and has very good social skills, as well as good photography and video development skills, and skills with a camera. He also constantly breaks the rules and posts videos on obscure topics like the art of seduction, his family values, cool interviews, how to focus better, and much more!

So, I personally like the videos on self improvement and on eliminating distractions the most on his channel, like the NOFAP videos and his videos on things like exercise, diet, the flow state, the benefits of compounding, like reading daily, and much more. He is really a fascinating person to watch on youtube, and here are my top five videos with him so far:

Final Thoughts on My Captain Sinbad Review, Why This is Such a Good Channel

Be warned if you decide to start watching his Youtube channel, it is addicting! Not like the Walking Dead or Breaking Bad addicting, but it is getting up there. I think that he can potentially be a top 100 Youtuber in the next 5 years if he keeps at this pace, and I have got to say that he probably has a fantastic career ahead of himself in just about any field he wants. Thank you Captain Sinbad, I have learned so much from your Youtube Channel, and this blog post is a tribute to your channel and how you’ve helped me so far.