Skip to content
Previous Next
Is The LSAT An IQ Test? Why I Say Yes, It is a Crystalized IQ Test

Is The LSAT An IQ Test? Not Fully But to Some Degree Yes It Is Around 80% Correlated With an IQ Test

Is the LSAT an IQ Test? While no it would not technically hold up in the psychological worlds criteria of a specific way to test IQ, I will say that the correlation with intelligence for the SAT, the ACT, the LSAT, the GMAT, the GRE, all of that stuff is essentially an IQ test! In this blog post, I will look at the facts of why this is the case, why the great psychologist Jordan Peterson definitely agrees with me on this, and why your IQ is a major and the primary determinant of how well you score on the LSAT, and other similar standardized exams. Among other Standardized tests that I will run through in this blog include: 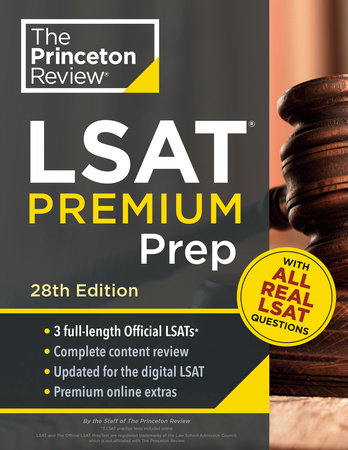 And so on and so on. Read on or subscribe to our blog for additional details and information.

Is The LSAT An IQ Test? List of Reasons Why It Is In Fact an IQ Test

Okay so the LSAT is basically like an IQ test. LSAT, ACT, SAT, all that stuff is testing for essentially one thing, focus, intelligence, IQ. It is the best predictor of success overall and people actually tend to make better decisions with a higher IQ over the long term, although this is not necessarily always the case. Here are how the LSAT score ranges typically correlate to IQ scores:

That’s right, they want you to have an IQ in like the 95th or 99th percentile range just to have a shot at cracking the Top 20 Law Schools, very discriminatory, but these are essentially just rough averages. This chart by no means is saying that someone with an IQ of 115 of 120 cannot get a high score, just that typically this is the average range of intelligence quotients that we see across test ranges. The correlation between LSAT, SAT, IQ Tests etc. is all about .8. .8, in the words of the great Jordan Peterson, is like saying a near perfect correlation, so in short, it means the LSAT is an IQ test.

What is an IQ test when you get down to brass tacks? It is a set of randomly controlled questions of a specific subject or a random number of subjects that a substantial group of people take, and then we make comparisons. So let’s say that we have 100 people take the LSAT, something approximating a bell curve would appear, and assuming everyone studied a relatively similar number of hours with relatively the same materials, you can approximate a decent figure that is close to an IQ score off of the bell curve of the test scores in this example.

Is The LSAT An IQ Test? Here’s Why It Is Technically Not an IQ Test?

There are other psychological parameters in order for something to officially be an IQ test. The one that I have heard is that it should be impossible to STUDY for an IQ test. And while I don’t fully believe this one, what I will say is that it needs to be a set of somewhat randomly controlled questions that you can derive a statistical intelligence ranking from. All IQ is at the end of the day is how smart you are in terms of a percentage of the population. If you are 120 you are smarter than 9/10 people. 130 is like 9.75/10 people and 135 is smarter than 99/100 people. An IQ of 145 is something like being smarter than 99.9 out of 100 people, which is really really high.

If you want a test score of 170 or higher, you likely need an IQ of around 120 with at least 12-18 months of 4 hours per day study prep. This is somewhere between 1200 to 2000 hours of study prep to achieve this score. A 175, if say you are trying to be a hardcore splitter with a low GPA and get into something like Northwestern University, you need more like 2500 hours. LSAT is brutal and to hit these scores is surely going to take a brutal amount of work in order to successfully pull it off.

Is The LSAT The Primary Factor Behind Your Law School Application?

YES. Other things can surely play a factor, any work experience that you have, if you are a CPA or an MBA or have a master’s degree, or have something else that you can put on a law school application like that you sold your own business etc. These can all add up. But they say that your LSAT score is something like 30% to 40% or more of your total Law School Application, with GPA also being very close to this, you would be hard pressed to find softs that get you into a decent law school with even a 3.5 GPA and a 155 LSAT. Much better to have a 2.4 GPA and 176 LSAT, MUCH better.

Final Thoughts on Is The LSAT An IQ Test? And Why You Should Work Your Hardest Regardless of Your IQ

A lot of the LSAT is work ethic, give it your best shot and report in the comments down below what your score is! Is The ASVAB An IQ Test? What You Can Learn From Military Screening Gallery

Is The ASVAB An IQ Test? What You Can Learn From Military Screening Is The GMAT An IQ Test? Gallery

Is The GMAT An IQ Test? Is the ACT an IQ Test? How the Two Correlate Gallery

Is the ACT an IQ Test? How the Two Correlate Is The SAT an IQ Test? Yes and No Gallery

Is The SAT an IQ Test? Yes and No