Skip to content
Previous Next
What is the Average Global IQ? About 100

What is the Average Global IQ? About 100 Worldwide, With Massive Deviations Based On Country and Wealth

The Average IQ around the globe has a rough mean of around 100, with a median closer to like 90 or 95. The Intelligence Quotient Average, which for the purposes of this article we are going to say is a measure of general fluid intelligence and crystallized intelligence (based on country education levels). As it turns out, probably not to anyone’s surprise and much to my initial suspicion, IQ scores generally reflect education quality, nutrition quality, and actually wealth within a country. It makes sense if you think about it, your brain needs oxygen to grow and thrive, especially in your younger years of cognitive development, and so if you feed someone better food, and give them access to better nurturing and education…yes it makes sense as far as nature is concerned that the brain would grow to be smarter.

There is also a huge genetic component to this, and although your father having a genius level IQ does not necessarily predict greatness in his offspring, as it is much more complicated than that, there is something of a genetic component there for sure. If you ever met my sibling and I, you could probably guess after awhile that our dad was a math guy and our mom was a writer, and it would not shock you to see what our career fields ended up as with that gene pool (one’s an engineer one’s a financial analyst and SEO writer….genes baby). Subscribe for more details and information, but until then here’s my full list of countries by IQ: 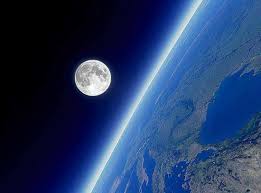 And a host of other countries. I don’t feel like listing every single one of them and it’s not really necessary for the purpose of this blog post, which is basically just to show global IQ differences by country, and of how wealth and income looks to be the single strongest correlation for a driving factor for increased IQ scores. Nature is ruthless indeed, and this chart will really make you appreciate your own life and how lucky you are…especially since 99% of my readers are either in the United States or Europe.

How Wealth Wins the IQ Race, Why Nutrition and Health Care Win the Battle

I am looking at this chart of IQ scores right now, and I have got to say it’s pretty terrifying. Countries with the most wealth are winning the IQ race, and it’s not because they are the smartest so they have the most money (although I am sure that’s part of it) but it looks like its the other way around. They had more resources to being with from winning past battles, which leads to their citizens developing higher IQ scores overall. North America and England have significantly more resources than say Africa, and the IQ discrepancies are really truly astounding. The United States has an average IQ of 99 or 100, with most African countries coming in at around 55 to 65, and with Europe and Asian countries at the top coming in at the 105 to 107 range. Not busting anyone’s chops, just stating that this is some fascinating research that I have done for this blog post here.

Final Thoughts on What is the Average Global IQ? The Importance of IQ For Life Success

Intelligence is powerful indeed, and when combined with rigid discipline, a little bit of luck, and good old persistence, you can climb the dominance hierarchy and become successful! Be sure to read up on all things Finance here at Inflation Hedging.com as well so you can learn how to properly manage your investments and wealth and so you can become the best version that you can be. For more information on all things business and finance, read on or subscribe to our blog for additional details and information.