How Adrian Peterson Lost One Hundred Million Dollars, My Take On The Foolishness

36-year-old Adrian Lewis Peterson is an American football running back who is currently a free agent. His combination of strength, speed, and elusiveness has earned him the title of one of the best running backs in American football. He is popularly known by his nicknames “All Day” (AD) and Purple Jesus. He currently plays for the Seattle Seahawks, and after his recent signing, is making something like $8,000,000.00 per year. In fact as I write this blog post it looks like he just scored a few minutes ago, which is good for him, because it looks like that income may be all he has, with current debt of around $9,000,000.00 in settlements against him. Yes, you read that correctly, someone with $100,000,000.00 in career earnings now has $9,000,000 in debt and court judgements against him, oh how the mighty have fallen. Let’s use this blog post to take a look at the career of Adrian Peterson.

How Adrian Lost One Hundred Million Dollars, His Career Earnings

Peterson’s career started at the University of Oklahoma in 2004, where he attained a Division I-A freshman record. He ran for 1925 yards and hit 25 touchdowns. He was second in the Heisman Trophy the same year and was named a consensus All American.

In the 2007 National Football League, Peterson was the most coveted player. He stood at 6 feet and 2inches and had long strides. He was picked by the Minnesota Vikings, where he rushed for 1341 yards and 12 touchdowns. 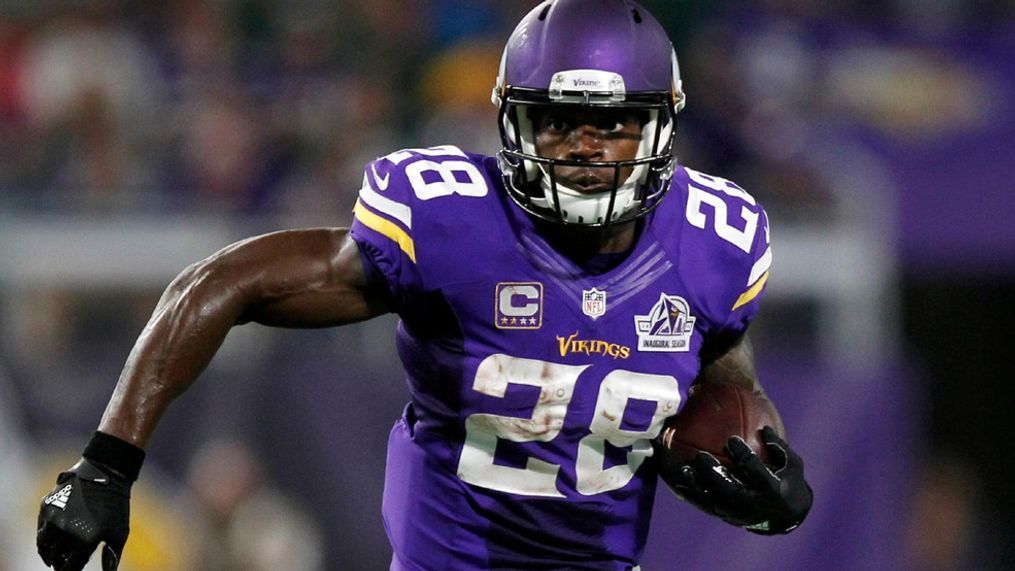 In 2008, he ran 1760 yards and hit 18 touchdowns in 2009. Between 2010 and 2012, Peterson struggled with injuries that made him ineffective. However, he made a major comeback in September 2012, where he ran for 84 yards and two touchdowns. After that, he secured an exciting season where he rushed for 2097 yards and 12 touchdowns to be named NFL’s Most Valuable Player and Offensive Player of the Year.

During the 2014-15 season, Peterson was charged with child abuse for hitting his 4-year-old son with a switch. He returned to the field in 2015. In 2016, he suffered a knee injury which made him ineffective. After this, Peterson became a free agent and has since played for New Orleans Saints, Arizona Cardinals, Washington Redskins, and Detroit Lions.

Peterson was born to a family of four. He lost his brother to a drunk-driving accident when he was 7 and saw his father imprisoned for laundering drug money when he was 13. His mother managed to give Peterson a stable home. He got married to Ashley Brown in 2014 and they have 5 kids together.

Salary and Net Worth

Adrian Peterson has a net worth of $4 million. When he signed his contract with the Detroit Lions, he stood to earn $1.05 million.

As a free agent, Adrian Peterson continues to be one of the most successful football players in the league in terms of contract value. Thankfully, he has used his money to keep his body and brain in tip top shape, because from the looks of it, he has heavily miss managed his finances in a pretty major way. Adrian Peterson, with career earnings of $100,000,000.00 USD, is now in debt.

It’s amazing how badly managed his finances were in this instance in that with just a simple financial advisor he would’ve definitely been able to keep and grow this money in the market. Mathematically I cannot actually fathom how to spend $100,000,000, even if it was really only $40,000,000 after taxes, that is such a ridiculous amount of money to live off of that it seems uncanny to me (it comes out to about $3,000,000.00 per year that he spent, which I guess is possible is you are an NFL player who isn’t super fiscally savvy.

So after taxes, sports agent fees, and him possibly spending $3,000,000.00 per year, both on fun and on maintaining his physique and body to play at an NFL level, that is how he blew through $100M. He spent $3,000,000.00 per year throughout his entire career, and, in the words of Dave Ramsey, was “spending like he was in Congress” for far too long. If you are an Inflation Hedging reader, then heed my words, learn your finances, if you read this blog, you will get there. Till next time, you heard it first right here at Inflation Hedging.com.