Skip to content
Previous Next
How Much Money Does Walden Schmidt Have?

How Much Money Does Walden Schmidt Have? An Analysis of the Billionaire from Two and a Half Men

Asking the question of How Much Money Does Walden Schmidt have, is something of a very peculiar one, in that first off, he is not a real person, and secondly, that he only had a brief stint on Two and a Half Men after Charlie Sheen left. What I do think is cool about his character is that he is possibly something of a realistic billionaire, except for the relationship problems, the fact that he has a leech in Alan Harper living in his house, and a multitude of other things that I’m not sure is how most billionaires spend their time on. Walden Schmidt is more of a Dave Ramsey style everyday millionaire than a true Billionaire, but it makes his character seem pretty cool that he is so casual about his wealth, rather than getting all holier than now and power hungry about it. The one cool thing that I think is interesting about him in the show however, is that it shows the loneliness that being rich does not necessarily help to fill, and shows that even when you have a lot of money, that you still need friends and family in your life in order to keep you happy. And so, without further ado, lets have a look at our Walden Schmidt Two and a Half Men Review blog post. For more information, be sure to subscribe to our blog or to comment down below with your thoughts and opinions on the article, and we’ll get back to you within one business day with a response.

The other top characters on the show Two and a Half Men include the following: 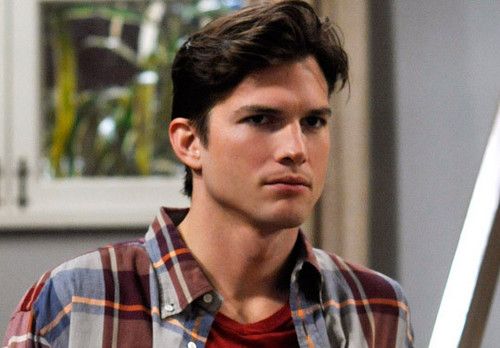 And a host of other characters, read on or subscribe to our blog for more details and information.

So How Much Money Does Walden Schmidt Have in the Show in Two and a Half Men?

Computer Businesses>>>Assume he makes $1,000,000.00 per year, he is quazi-retired but still works on computer stuff a lot in his spare time.

So what’s real about him is that Billionaires are very smart, and they know how powerful money is with regards to compounding and growing their companies. So, what’s real about him being a billionaire is that he would probably be living reasonably modestly, ie. aside from his jet, he wears pretty cheap clothes, and aside from his $200 haircuts and malibu beach house, it looks like the food he eats is actually pretty cheap, his expenses are maybe something like $500,000 to $1,000,000 per year, jet and property taxes, house keeper and Alans food bill included. So overall, he is fairly real in terms of him being a Billionaire.

So, the next thing on the list, is the things that are not very real about his character. What isn’t real about the character is that a Billionaire would not let a middle aged man live in his malibu beach house, and he probably wouldn’t take his opinion into consideration as much as he does Alan’s. On top of this, a real billionaire would likely be scaling and growing his empire and would be trying to take over the world, as they often do, not lounging around the house all day and getting depressed like Walden basically does. All he seems to do in the show is chase women and hang around the house, a real billionaire would likely build company after company and would keep scaling to a significant degree. This is likely the thing most unusual about Walden’s character.

Final Thoughts on How Much Money Does Walden Schmidt Have? Answering the Actual Question

And so, what do you think of my analysis of Walden Schmidt from Two and a Half Men? Leave a comment down below and subscribe to our blog for additional details and information, and be sure to let sign up for our RSS feed for more information!