Why I just Watched a Documentary on Albert Einstein, And What I Learned

Contents hide
1 Why I just Watched a Documentary on Albert Einstein, And What I Learned
1.1 Life is What You Make It
1.2 You Can Accomplish a Lot With Good Old Persistence
1.3 Obsession Is The Real Key to Success, And IQ Points Don’t Hurt Either
1.4 Final Thoughts on Why I Just Watched an Albert Einstein Documentary

So I got bored and procrastinated studying my CFP tonight and decided to watch a documentary on Albert Einstein. At first point of watching the video I started thinking that maybe he did some things wrong in his life, that he didn’t spend enough time with his family members, etc. etc. But then I started thinking about the life of the average person and the average American and even myself, and I realized that in the end, Albert Einstein really had an incredible life, career, and mark on the world. He helped create the Manhattan project, had a massive influence on the United States and Europe, became synonymous with the word genius, and was able to have 2 wives and a couple of kids all the while doing this. And so, in this blog post, I’ll tell you real quick about what I learned about Albert Einstein!

So procrastination does have its benefits, and I certainly don’t mind watching a 1 hour documentary on an extremely influential person every now and again, it improves your knowledge of history and how the world came to be what it is today. First off, I didn’t realize that E=MC^2, Einstein’s theory of 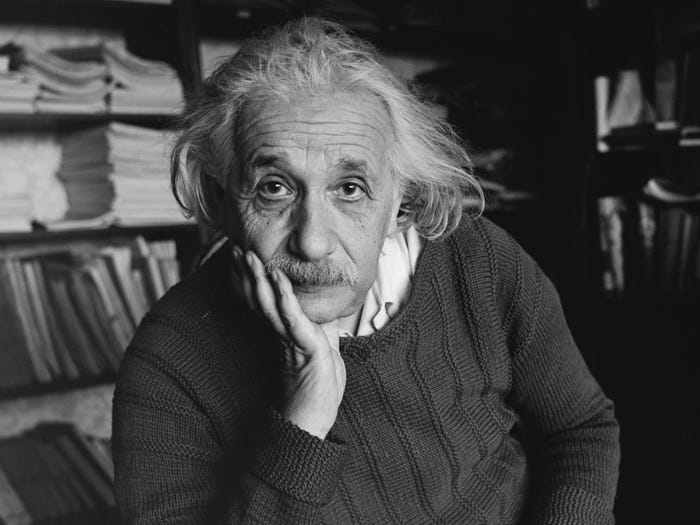 general relativity, was involved in the making of the Manhattan project. It is amazing how much power Einstein was able to generate in terms of 1 letter of President Roosevelt during World War 2, and of how his move was the one that ended the war because he was concerned that the Germans might get their hands on it first. I find it amazing how much he accomplished in his life, and of how the documentary was able to portray life as a series of decades, and as a series of ebbs and flows, with the good and the bad passing throughout one’s life. And so, in a nutshell, here’s what I learned from the documentary.

Life is What You Make It

Einstein had his handicaps and his gifts in life, that much you can be sure of. For starters, the fact that he had an IQ of like 160 was definitely God given from the start, but aside from this, he had a relentless amount of persistence and dedication, that on some level was also innately wired. But make no mistake about it, Einstein could have just as easily been a couch potato and done nothing (again I don’t really think he was wired this way) and not made the contributions to science that he did. I also learned that among some of the coolest things Einstein built were the following:

The Theory of Relativity That Re-Defined the Laws of Physics

The plans for the Manhattan Project

And a host of other inventions, read on or subscribe to our blog for additional details and information!

You Can Accomplish a Lot With Good Old Persistence

Even when Einstein was younger and he had to work a regular job to pull in his salary to pay the bills, he made darn sure that he was always working on his true purpose of science at night. It was said that he would go as far to ignore his family and spend 4-6 hours each night working on his studies, 80 hour work weeks with relentless focus in between those hours is the true key to success.

Obsession Is The Real Key to Success, And IQ Points Don’t Hurt Either

Everything has to be in line for someone to be a scientific genius and make massive contributions to one’s field, let alone the way that Einstein did. You have to quite literally eat, sleep and breathe science and have a genius level IQ and be borderline insane in order to make scientific achievements like Einstein did, and I can’t help but think it isn’t worth it in looking at how his life was structured and the issues he had with his family.

Final Thoughts on Why I Just Watched an Albert Einstein Documentary

And that’s my 2 cents on Einstein and becoming a scientist, after this its back to Finance articles I promise. And until next time, you heard it first right here at Inflation Hedging.com.