The Chef Ryan billions character was kind of an interesting blog post to write, and that he’s a very low level support character within the show billions. Nevertheless, every time he’s on camera it always becomes an interesting scene, and I think a lot of this is related to how his character interacts with Bobby Axelrod. Because chef Ryan is probably one of the lowest dominance hierarchy people on the show, especially when compared to people like Axe, wags, Chuck Rhodes, Wendy Rhodes, Lara Axelrod, and a host of other characters that he interacts with on the show, it’s interesting to watch how Bobby Axelrod interact with him on a regular basis. The reason for this, is that Bobby tends to be very nice to him, and he’s very laid-back to him, for no apparent reason other than he seems to genuinely like him as a person. This also shows the way that Bobby Axelrod is very forgiving towards his employees, and then at one point in his life he used to be a low level employee himself, even carrying at a golf course, and allegory to the way that the billionaire hedge fund manager Ray Dalio used to carry during his earlier years.

Chef Ryan Billions is one of the most important characters in the hit show Billions. He is Bobby Axelrod’s right-hand man and helps him run his kitchen in his home, helping indirectly to run his entire empire in this sense. 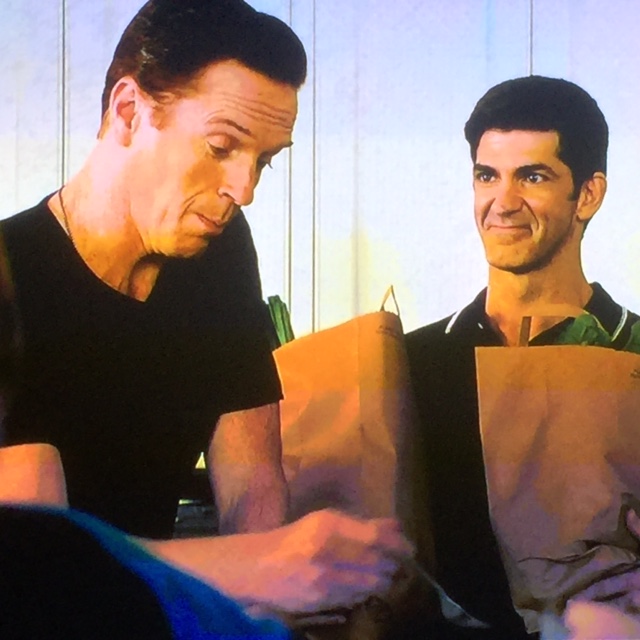 Chef Ryan is a highly skilled chef who has worked in some of the finest restaurants in the world. He is a master of his craft, and he has helped Axe to impress major clients on many occasions.

He is also a very loyal friend and confidant to Axe, and he has stood by him through thick and thin. He is one of the few people who truly knows Axe’s deepest secrets, and he has helped him to cover up some of his more unsavory deeds.

My Chef Ryan Billions Review Of Some Of His Best Moments

Overall, Chef Ryan is a highly skilled professional and is very good as a whole to Axelrod’s family. Among some of his most noteworthy moments are when:

He gets caught sleeping with his girlfriend outside the pool of the Axelrod’s apartment.

When he makes a good dinner for their war room at the office.

When he has to make a burger that looks almost exactly like one of their competitors.

The burger scene in detail is as follows:

Another notable scene between Chef Ryan and the cast of the show billions, is when wags lays into him about the quality of his cheeseburger, while him and Bobby are having a meal on the deck. Mike Wagner lays into him, saying the burger is low quality, and then he sucks as a Chef and should be ashamed of himself. It turns out that wags is simply worried about the impending prosecution case on his mind, and about the Quants Taylor has hired in order to help run the firm and scale the investments. Overall, chef Ryan is a very interesting character, and as far as a low-level support acting role, he actually does a very good job of hitting the role.

Chef Ryan Billions, What Is The Big 5 Personality Model of Chef Ryan From Billions?

Chef Ryan, as a chef, is very high in openness, and is a very laid back and free spirit, not as conscientious and grounded as someone like Axe is. Here is the big 5 personality model for him:

Openness – 99th percentile – You can see this by his sort of laid back persona. While he is good at his craft, this is primarily due to interest and creativity, rather than necessarily hard work. He is kind of a hippie/laid back personality type

Agreeableness – He is somewhat agreeable to the point of being a pushover. Give him the 65th percentile for this. When we see him in conversations with Axelrod, we find that he is much more submissive to Axelrod’s dominance.

Conscientiousness – I would give him the 65th percentile for this. He is hard working enough to get to the top of his career field, but he is nowhere near as hard core as say Axe or Chuck are within the show.

Extroversion – We see him being extremely social and gregarious at times. 80th percentile for extroversion.

Neuroticism – We definitely see him getting nervous at times, 50th percentile for this one.

Final Thoughts On My Chef Ryan Billions Review, Why He Is A Really Cool Character

And that’s the gist of Chef Ryan from Billions. The show surprisingly gave him a decent amount of depth for such a side character, and even with just a handful of scenes where the spotlight is on him, we get to know him as a character enough where we like him. As a likeable character, I would give him a 10/10, he is a very interesting addition to the Bobby Axelrod empire, and the show is better off for having him. For more details and information, read on or subscribe to our blog for additional details and information!