Axelrod has made a fortune for himself and his clients. And as one of the most powerful players on Wall Street, he wields a great deal of influence.

In the world of high finance, there are few names more well-known than Bobby Axelrod. As the founder of one of the most successful hedge funds in history, his net worth is greater than $10 Billion, and in the show, he is one of the wealthiest individuals in the world. But a man is nothing without his lawyer, enter, Orrin Bach. 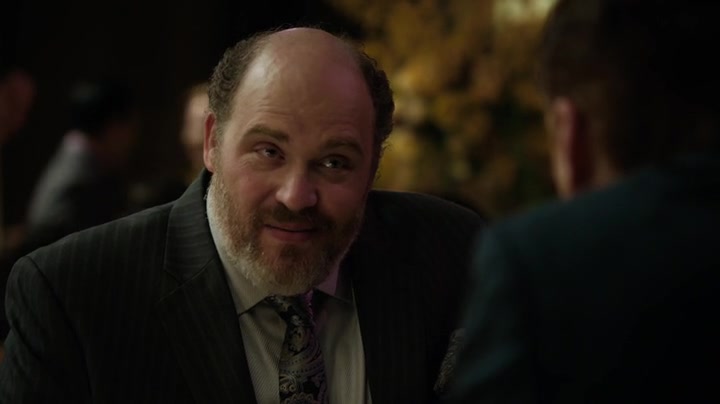 Are you a fan of TV series packed with drama, law, and financial genres? If so, then the American TV series called Billions will be worth your time. The season 1 of the TV series premiered on Showtime back in January 17, 2016. Currently it has created and produced 5 complete seasons, with recurring actors like Orrin Bach (Glenn Fleshler).

Who is “Orrin Bach” in Billions?

One of the main characters is Orrin Bach; a former Law Professor now offering legal representation for a top financial company known as Axe Capital, owned by Bobby Axelrod. One of his former students (Bryan Connerty) remembers his famous quote “A lawyer’s calling was beyond mere recompense. It was to serve the spirit of the law regardless of gain”.

However, for Orrin, these words seemed easier said than done because gaining from law was better than serving it, in the first place. Afterall, who likes working and not getting material gain? Upon ending his lecture with the students, he pulls out a paycheck displaying his 7-figure salary and retainer fees for Bobby Axelrod at $1,000 per hour.

For Orrin, it was all about the money. He was in it for himself and no one else. He didn’t care about serving the law or anyone else for that matter. All he cared about was making as much money as possible.

Orrin’s attempt to persuade Bryan Connerty to be part of his defense team fails miserably. He’s particularly disappointed that Bryan wants nothing to do with him, causing more clashes between the duo. Upon trying to charge the “Dollar Bill” Stearns, Orrin decides to represent the man on behalf of Axe Capital.

In one episode, Orrin arranges with the Southern District to compel Bobby Axelrod to pay a $1.9 billion dollar fine. Bobby’s attempts to make a plea deal flops, forcing him to shut down Axe Capital. He decides to run it as a small family office.

This, however, is just a cover so that he can secretly continue to trade.

Chuck later discovers this and confronts Orrin about it. He threatens to go public with the information, but Orrin manages to get him to back down by playing on his fears about his wife, Wendy.

How long has Orrin Bach appeared in Billions?

Currently, Orrin Bach has appeared in 28 episodes by the time Billions produced 4 seasons. The end of season five was to end in 2020, though the COVID-19 pandemic permitted the TV series to release only 7 of the 12 episodes. As Orrin Bach keeps getting fans glued to their screens, we hope his role inspired budding and professional lawyers to do what they do best; that is practicing law as a calling and for gains.

What is the most significant case that Orrin Bach has handled in Billions?

In the second season of Billions, Orrin Bach defended a well-known music producer against charges of sexual assault. The case was highly publicized, and Orrin’s performance was praised by many. This case cements his reputation as one of the best, making him essentially the Johnny Cochran of the financial world. One thing that I have always liked about the dynamic between Orrin and Axe, is that they have a hardcore winners mentality, and for the fact that they have never lost a case yet when they were working side by side. The actor who plays Orrin definitely screams “lawyer” and he did a darn good job playing Orrin on Billions. What do you think of Bobby’s lawyer from Billions? Read on or subscribe to our blog for additional details and information.