My Katrina Bennett Suits blog post will discuss some of the amazing things that Katrina has done, why she is one of the most loved characters on the show, her psychological profile, and what it would likely be like to work for or with her in real life, if you were a man or a woman. Katrina, if we pretend this was a real life corporate lawyer, is really quite a remarkable woman. She is probably at the top 1% of women in terms of intelligence, attractiveness, work ethic, and persistence. She is on much the same path that Harvey Specter is, and given time, she will likely be just as good of a lawyer. She came up as an ADA, much the same as Harvey Specter did (Assistant District Attorney) and she was able to bludgeon her way into a Corporate law position by using the information that Mike Ross broke attorney client privilege to her advantage. During the hit and run case, Mike Ross gets way too emotional and he tells the prosecution (Katrina in this case) that they should re-open the case and use evidence given to her by the client’s own attorney (Mike) in order to do so. Katrina says no as it is a huge legal violation (like seriously in Mike’s case he could get dis-barred, lose his whole career, nothing different will happen to Mike’s client, and the worst will likely happen to Mike once his secret is found.) Anyway, Mike basically made Harvey weak here and gave Katrina a massive bargaining chip which Harvey then had to once again jump through hoops with to try and save Mike Ross’s job. Personally, aside from the fact that I never would have hired the kid in the first place, I most definitely would have fired him here.

Other Suits characters we will be covering on this website include the following: 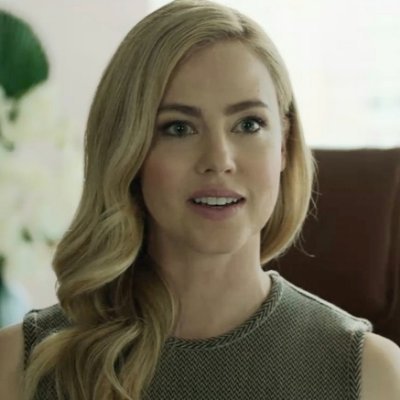 And a host of others, read on or subscribe to our blog for additional details and information.

In looking at the money, let’s talk about how much Katrina likely would have made by Season, and what her net worth would be. Seriously if I had these people’s jobs I would live as cheaply as I possibly could and you’d be a millionaire in like 15 years, ie. you could do whatever the heck you wanted. Let’s check it out:

Years 1 through 4 – She worked as an Assistant District Attorney. Very challenging job with a lot of prestige but not a lot of money. I would guess salary range here is like $60,000 to start and maybe ending at close to $100,000 per year since this is New York after all. This is almost a political position more than it is a monetary one, and I do not blame her for wanting to work in the private sector eventually much like Harvey did, money is greater than power in the majority of cases I am finding.

Year 5 – Say the fifth year into her career she got hired as a Senior Associate as Pearson Specter Litt. Say Senior Associate is just a title but that they basically gave her the standard associate pay. She is likely making the same as Mike because even given her ADA experience, she has 0 corporate law experience. Call her salary $250,000 per year here now that she is at PSL for her first year. The show goes on from 2012 when she was hired, until 2019 when she eventually became a Senior Partner. Including some of the job hops she made, let’s take a look at what her career salary track looks like here:

Years 9 and 10 are likely at the same range, however if she was smart she could easily turn this money and income to investments that pay dividends, investment properties, website investments, and the like. A smart and diligent person could easily turn an income like this into a $10,000,000 to $20,000,000 net worth over time. Not too shabby at all!

Conscientiousness – 90th percentile for this. To get to her current position in the hierarchy she had to be incredibly hard working, and it definitely took some wherewithal to get where she is at right now.

Openness – I would give her maybe 50th percentile for this. Lawyers are usually somewhat low in openness, and we certainly don’t see her taking a lot of time to stop and smell the flowers or any of that good stuff as she is quite literally working ALL the time, like flat out all the time. However she likely has a high IQ which correlates very well with openness, and so we’ll put her at the 50th percentile.

Agreeableness – 39th percentile, maybe 45th percentile. She is somewhat agreeable and she see that she has mentioned she is in relationships, however she is much more disagreeable, is competitive and is not afraid to negotiate and go after what she wants.

Extroversion – 60th percentile. She definitely has good social skills but we see that her work ethic and overall drive takes her quite a long way in terms of her career, and so this really takes the place of her being super social.

And that’s the gist of working with Katrina Bennett. If she worked in your office, you would likely fall in love with her, would want to compete with her, would be jealous of her and would admire her. Overall she would be a force to be reckoned with, and her actress does a great job of portraying her as a corporate lawyer. Hope you enjoyed the post, for more Suits content, read on or subscribe to our blog for additional detials and information.